Two Sixteenth-Century Premonstratensian Treatises on Religious Life presents the first English translation of two important treatises by the Norbertine Abbot Jacob Panhausen, a major figure in the renewal of the Premonstratensian Order at the time of the Council of Trent. These texts, A Loving Exhortation to Prelates and Those in Their Charge and Treatise on Monastic Life and Religious Vows, were composed for his confreres in his own abbey of Steinfeld and throughout the Order, and remain as relevant and inspiring today as they were during the crucial time of the Catholic counter-Reformation. Translated and introduced by William P. Hyland. 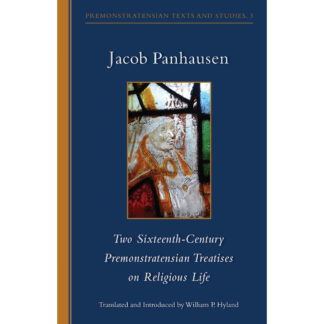